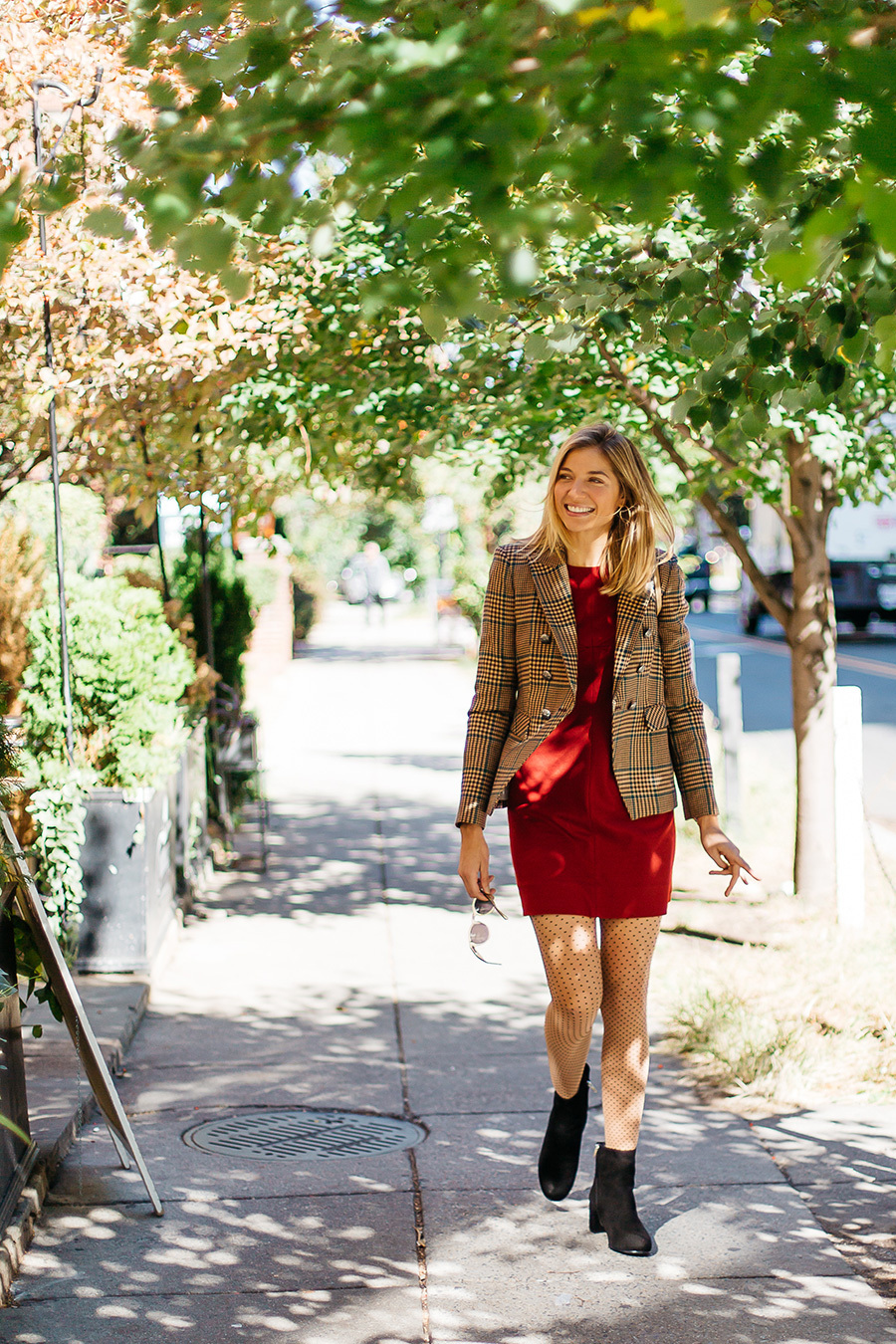 It's easy to envision the ins and outs of some professional fields, while others leave even the most thoughtful to wonder, "What would that be like?" Jackie Alemany's job in Washington, D.C. definitely falls into the latter camp.

In a political era that's not quite like anything before, her work commitments require her to always be at the ready to cover breaking news, digging into the who, what, and why before digesting it for the readers of her first-thing-in-the-morning newsletter for The Washington Post. Prior to helming said newsletter (a role that requires her alarm clock to regularly go off before 5 a.m.), Jackie cut her teeth at CBS News. Starting with the 2016 campaign trail and moving into President Trump's inauguration, it's fair to say her work often has her cast as one of the youngest—and few females—reporting on the nation's quickest moving news.

The pressure-cooker aspect of her job hasn't negatively impacted her sunny outlook on things either. Rather than allowing the undeniable stress and strain that's part-and-parcel of D.C. politics to affect her, she's maintained the type of upbeat attitude that all too often fades in proportion to career progression.

Below, our conversation on work, D.C. style, and life on the gaux.

What's your earliest memory of being interested in politics?

My father ran for the position of county legislator when I was a toddler. The memories from his campaign are pretty fuzzy, but I do remember these giant red billboards stacked in our garage with our last name sprawled across them in white block letters; I always thought those were pretty cool. My dad ultimately didn't win that race, but the signs lingered in the garage throughout my childhood and remained a permanent reminder of the importance of investing in one's community—and the pride that came with that.

He was also the assistant district attorney at the Bronx DA's office so dinner table conversations usually revolved around sports, politics, and criminal justice issues. That dialogue imbued me with a sense of curiosity about politics and the importance of public service—because, yes, journalism is a form of public service!

What are some of your most memorable moments from covering the 2016 campaign trail? And, later, The White House?

Moving to New Hampshire to cover the campaign has been the most memorable part of my career thus far—and perhaps the most influential in terms of shaping my writing and reporting style. There is no experience in the world I would trade for what I learned covering that primary.

I reported on all of the candidates who passed through and met so many wonderful Granite Staters who were generous with their time, opinions, and stories. It was a privilege and an education to cover people at town halls as they questioned presidential candidates in intimate settings about real-life experiences, like losing a loved one to an opioid overdose or struggling to put food on the table for their family.

One woman I'll never forget writing about is Jane Lang. She was a labor activist and Bernie Sanders supporter who spent her final months before dying of vulvar cancer campaigning for the candidate. I think often of her infectious energy, fighter's spirit, and love of life—even in the most painful moments of her life.

You’re the force behind The Washington Post’s early-morning newsletter, Power Up. Are you naturally a morning person or have you had to learn tricks to make early morning work easier?

I am not not a morning person, but I definitely have become a nap person! Give me a window of time to squeeze in some sleep and I can recharge Energizer bunny-style. Although when I do crash, I burn. To make the 3:30/4:30 a.m. wake-ups more enjoyable, I blast '90s hip hop (sorry, neighbors) and make some fancy coffee mixed with cinnamon and vanilla ghee butter. It's a relaxing and cozy ritual that puts me in a good head space to crush the day.

What’s it like being a young woman on television, holding your own on serious issues while occasionally sparring with other guests?

It can be challenging and exhilarating, but it's all about preparation and coming in armed with the facts in order to educate viewers on whatever we've spent time reporting on that day.

Does your work/Twitter presence invite a certain amount of trolls? If so, what’s been your approach for handling that sort of attention?

There are a fair amount of trolls, but I don't pay them any attention. There's such a deluge of news every day that there's no time to respond to nasty grams from people. Instead, I've had a wonderful experience with the Power Up readers who respond to the newsletter. I very much appreciate the various recipes, dog photos, and words of encouragement from our readers—and always welcome their feedback.

How would you typify D.C. style and how does Margaux fit into it?

I would characterize it as business casual with a personal flair, whether a funky pair of eye glasses or a floral blazer. For my job as a journalist, it's crucial that I'm comfortable because I never know when I'm going to be on the move; that's why I love Margaux.

When I want to look professional, polished, and feel like myself—but also know I'm going to be sprinting around Capitol Hill or scooting down 14th Street—I reach for The Heel in Leopard. I can walk everywhere in them with no pain, a feat for these size 12 feet.

Being the best version of myself.

SHOP ALL SIX VERSIONS OF THE BOOT HERE.