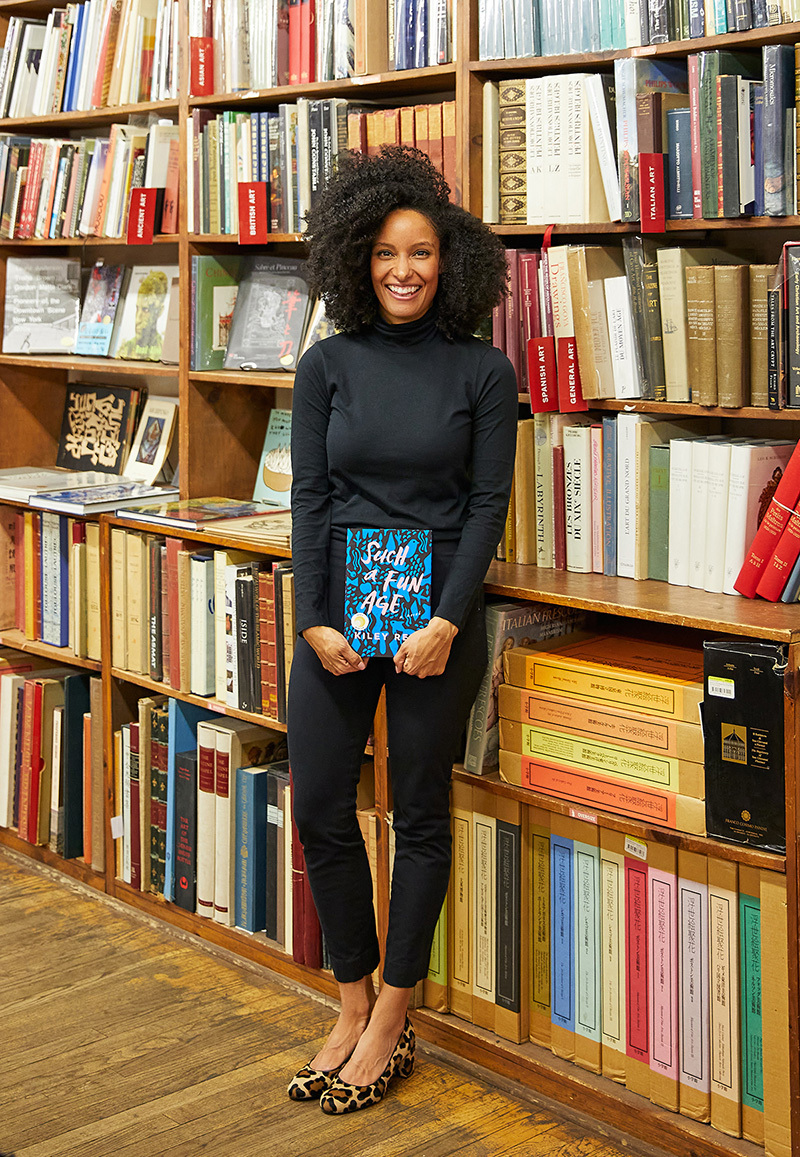 One of the things we celebrate about our Gaux Girls is their individuality. While we love hearing about their unique backstories, passions, and the paths that brought them to where they are today, a few commonalities exist. Along with having great style—and appreciating a perfect pair of shoes—we've found everyone loves to curl up with a good book (Margaux founders Sarah and Alexa included!).

It's why we jumped at the chance to team with Marie Claire to host its first-ever #readwithMC book club event. Another reason it felt like such a serendipitous fit? Its January book, Such a Fun Age, was written by Gaux Girl Kiley Reid.

Hosted at The Garage in Soho, the event featured a conversation between Kiley and Marie Claire's Executive Editor Sally Holmes. Guests were powered by a beautiful spread from Bounty Boards, wine from Sterling Vineyards, and, of course, great conversation.

After Sally got the inside scoop on character development and dream casting—the book's been optioned by Lena Waithe's production company—the audience joined in. Like a true book club, the conversation included the serious and the lighthearted, the latter of which got Kiley to expand on her time spent as a magician's assistant. And yes—she was sawed in half.

Check back soon for Kiley's Gaux Girl profile and, in the meantime, dive into the utterly engaging Such a Fun Age.