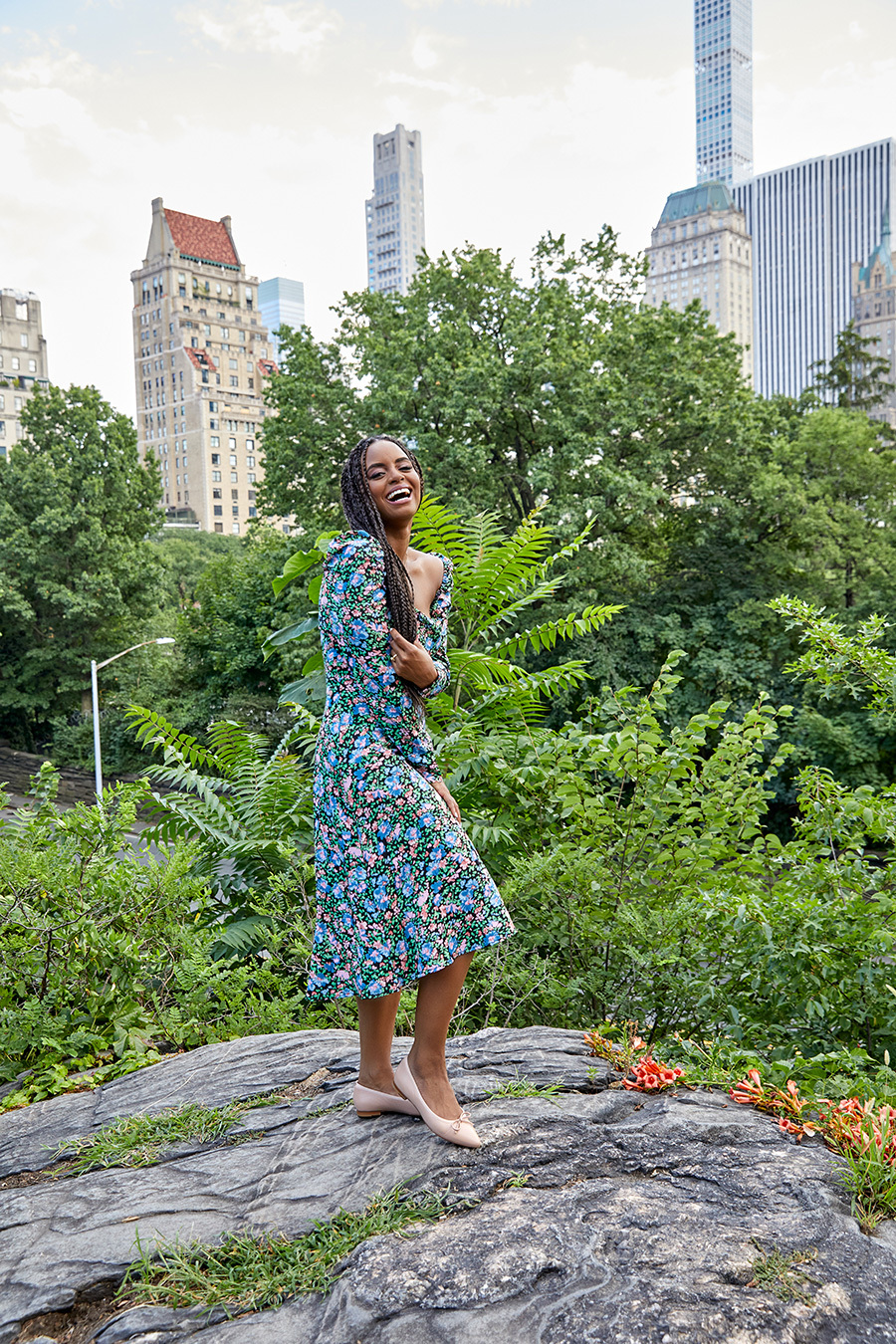 As business owners and leaders, many of our Gaux Girls take centerstage in a professional capacity. But in a true-blue, dim-the-lights type of way? None yet. It's just one of the reasons we are thrilled to feature Krystal Joy Brown, a luminous talent who's made her mark slipping into different personas that take hold for a handful of hours on Broadway. She's played Mimi in Rent and Diana Ross in Motown: The Musical, but it's her latest role, as Eliza Hamilton in Hamilton, that's touched her deeply on a personal level (and is affecting the work she's taken on as Broadway went dark in response to the pandemic).

Hamilton "has taught me a lot about myself and the legacy that I want to build," she said. "I definitely believe it has made me feel bolder about my activism and speaking out about social injustices because I believe that we can create the world that we want to live in."

The little girl who was raised on Disney and 1950s musicals has turned into someone who both plays powerhouses and lives boldly as one herself. Here, our conversation about what's so special about the Hamilton cast, the work she's doing now, and what living on the gaux is all about. 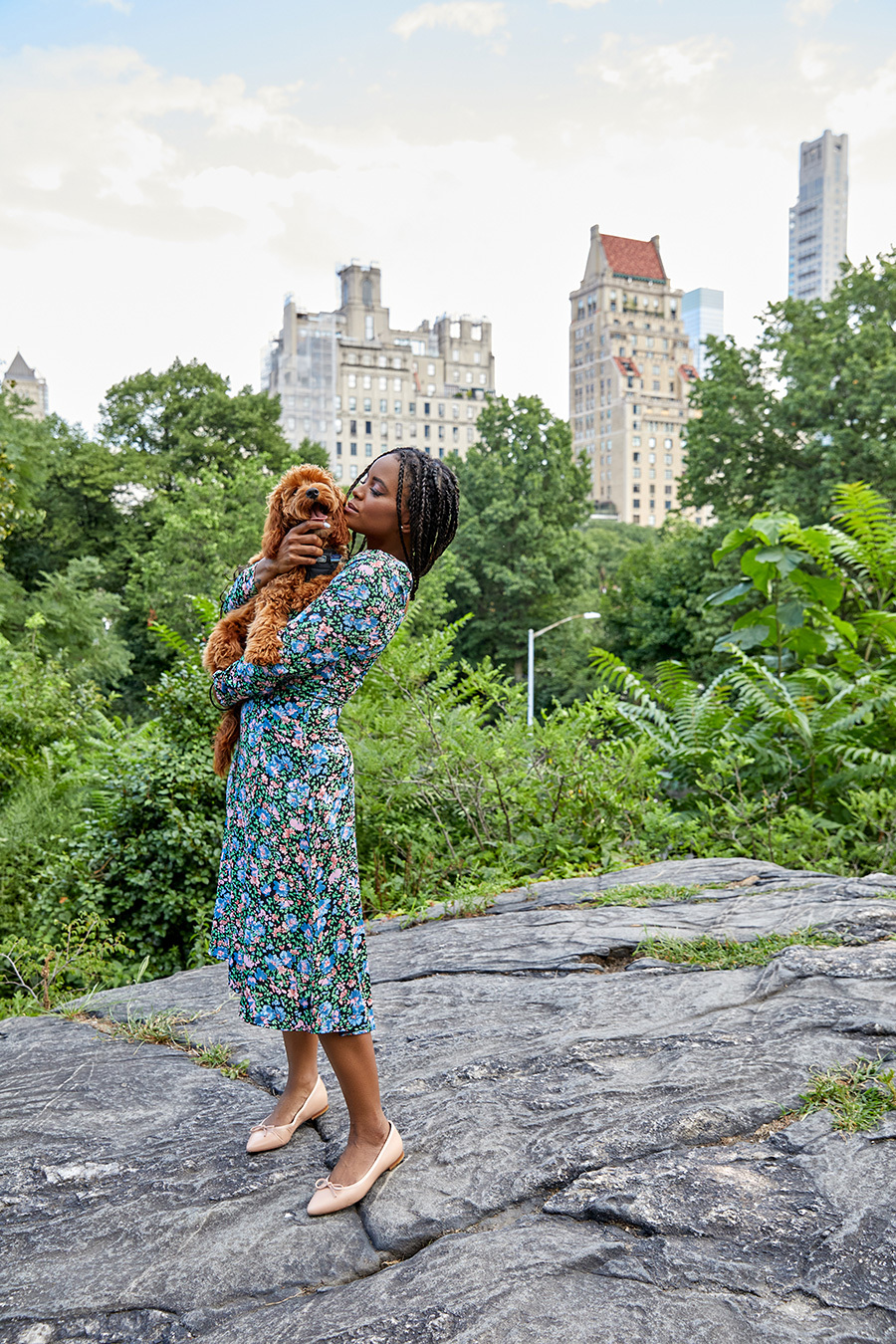 "Broadway actress" as a job seems like it would fuel a lot of childhood dreams. Did you grow up wanting to pursue a stage career?

Being on Broadway was definitely always my childhood dream. I saw Rent for the first time when I was 11 with my sister—and I saw people who looked like us. Then and there, I just knew it was some thing that I could do too. And that I could potentially make an impact on people’s empathy and compassion as it had on mine.

What was it like the first time you landed a role you really wanted or took an important curtain call? Did it feel surreal?

When I joined the cast of Hamilton, I'd been on Broadway for almost four years. And even though it's my fifth Broadway show, there was some thing profoundly different and special about joining the show, joining this cast, and playing this particular role.

I fell in love with Eliza, and the way that people are so moved and changed by this musical is inspiring. Seeing that on their faces at the end of the show reduced me to pure tears at my first curtain call.  I'm sure that when we all get back to it there will be a lot of grateful tears shed that first night back. 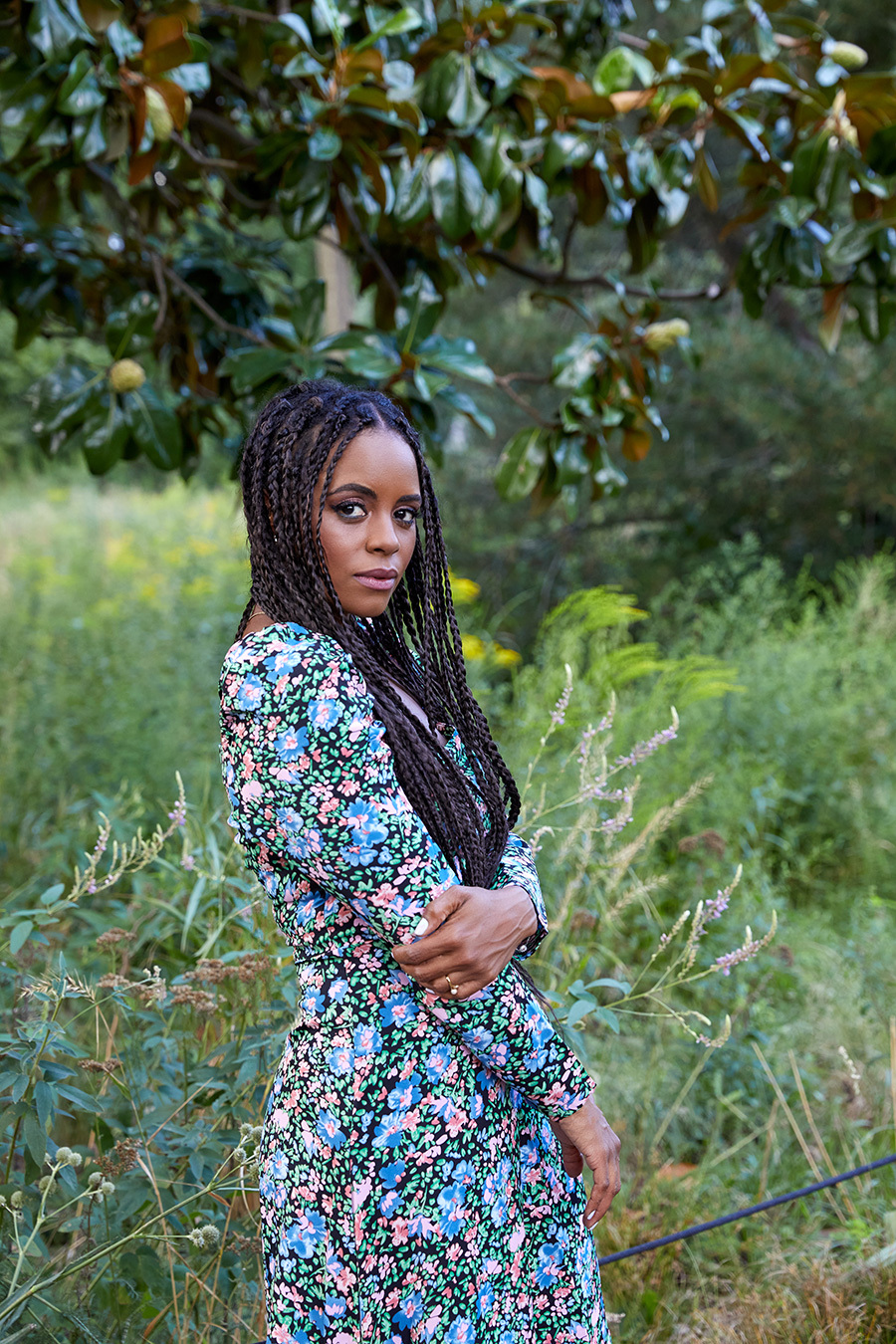 What do you look for in a role?

I really love characters who are powerful because of their vulnerability. I look for roles that people can relate to and see themselves in so that they can gain a better understanding of themselves. I also love playing real people because I love digging into the history and understanding what the character had to go through to survive and thrive. It always gives me personal inspiration and strength.

I noticed that I tend to lean toward and perform in pieces of art that have a social justice slant or tell very intimate personal stories. I just love people and characters that I have to dig deep to connect with. Often times I end up changed for the better because I played them.

Hamilton has captured the nation's attention in a way that not many musicals do. What has it felt like to be a part of something so big?

This show has also taught me a lot about myself and the legacy that I want to build. In some odd way I think the show makes you a revolutionary in your own right too. I definitely believe it has made me feel bolder about my activism and speaking out about social injustices because I do believe that we can create the world that we want to live in. I still have hope for a brighter tomorrow.

You were actively involved with some rallies in New York City to protest the social injustices happening around the country. Can you talk about that experience?

Yes! I had organized a charity event a few years back and worked with several similar groups, but I'd never organized a rally before. I really wanted to do something that included Black Broadway as well as our Black Trans siblings who are being murdered at alarming rates but get very little media attention. So I created the “Rally For Freedom: Show your Pride for Black Lives” event that we did in alliance with global pride this June. We had Broadway performers and Trans activists as keynote speakers, as well as free COVID testing, free HIV testing, and voter registration. I got organizations such as Claim Our Space Now and Headcount on board, and together we created something so very special. I really want people to learn how they can be active in their communities, so creating that kind of space was essential to me.

Right now I'm working with Ryan Vasquez’s new organization Swing From Home, Vote Riders, Broadway for Biden, and the Hamilton Racial Justice Task Force to continue to demand justice and equality for Black lives and inspire people to vote. I'm also in the middle of creating another event to bring communities and organizations together and am really enjoying this newest role of mine.

Are there any other silver linings to the forced time away from the stage? Broadway isn't set to turn on the lights again until next year.

We can always make lemonade, right? There is no doubt that knowing that you are unemployed for at least a year is devastating. And it has been that: devastating. However I am very fortunate to be in a show like Hamilton that I know will come back, but adjusting to this new reality has been hard and a slow process.

However, being able to see my family more has been an unexpected blessing. And oddly enough I even filmed a movie over the month of July so there have been some unexpected work opportunities as well.

Focusing on what I want my life to look and feel like when we do come back has been a priority for me. I think this pandemic has made us all assess what is truly important to us. Being socially and politically active has gone to the forefront of my focus right now, and getting the opportunity to participate and work with various organizations and protest has been really fulfilling for me in a way that I don’t think I would’ve ever gotten to experience otherwise. So all in all, there are a lot of blessings, but I will be excited to share the stage with my amazing coworkers again soon.

I think that it's all about staying connected to your authentic self. Many times it's finding out who that person is and then acting accordingly with what feels in alignment with your integrity and deepest desires. I think women are really stepping into their own, and we need to continue to push ourselves and our dreams forward.

Being a girl on the gaux means not stopping because anyone tells you to or makes you feel inadequate. Your voice, your dreams, your life matters...now go live fully and boldly in your purpose.