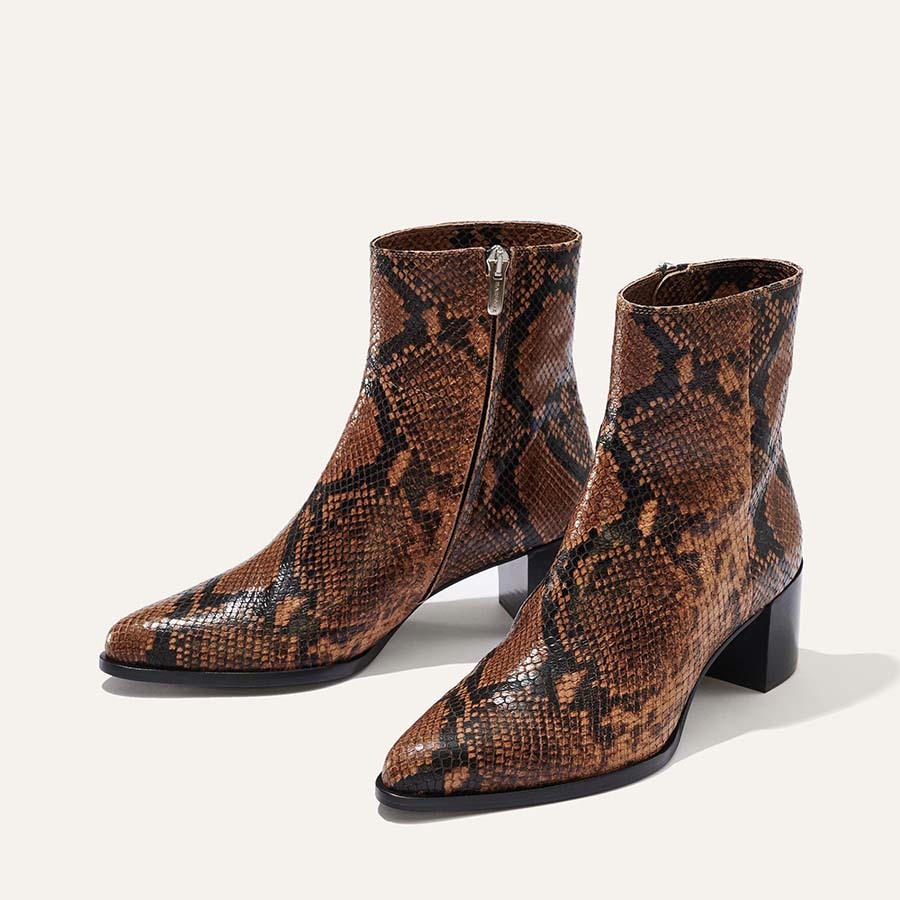 See What's Coming Next For Fall

Autumn heralds a new season with changing weather—and plenty of opportunities to update your closet. It's a busy time at Margaux HQ that finds us launching new silhouettes, colors, and prints; these are styles our team in New York and factory in Spain have been working hard on for months. To say we're excited to finally get to share them with you is an understatement.

Preview the styles dropping within the next few weeks below, then keep your eyes on your email to see when they officially launch.

Bold leopard has always been a gaux-to at Margaux, and we're debuting a new version this fall in three of our best-selling silhouettes. Done in luxurious haircalf, it's a deeper iteration than our original version, with black spots on a tawny background. The pattern is designed to be both a statement-maker and a neutral and pairs with everything in your wardrobe.

The Penny in Leopard Haircalf, $298

The Boot in Leopard Haircalf, $428

The Demi in Leopard Haircalf, $248

Time and time again we see our original Python sell out. Similar to leopard, it's a neutral that feels daring at the same time. For this autumn our design team went back to the drawing board and envisioned what a toffee-colored version would look like. The warmth makes it feel spot-on for the season, and we love the attitude it brings to our already-edgy Downtown Boot.

The Summer Sneaker, a limited-edition drop crafted to be the perfect on-the-gaux shoe for a season spent exploring, is followed up by a version in opulent velvet. The deep jewel tones on offer are breathtaking worn with jeans and a sweater, but also utterly at-home in a a slightly more dressed-up setting.

The Sneaker in Burgundy Velvet, $228

The Sneaker in Midnight Velvet, $228

It's going to be a big year with lots more exciting stuff coming—we can't wait for you to see it all.