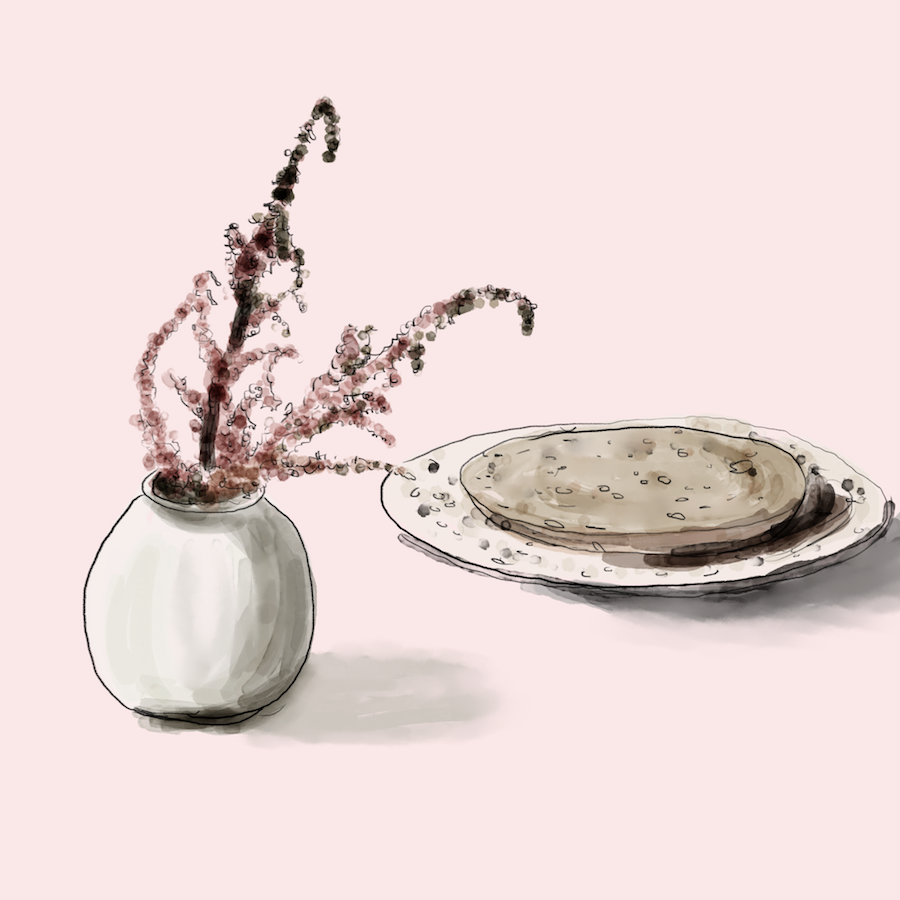 San Francisco is a city of contradictions, fundamentally pragmatic, yet home to great design. The people are active and fun-loving, but hard-working, rising early to work with the East Coast and staying late to sync up with Asia. It sits at a conjunction of industries, cultures, and languages - perhaps most aptly embodied by the food scene, where you might have ice cream freshly churned with liquid nitrogen after sitting down for Hawaiian barbecue in the up-and-coming neighborhood fondly known as 'Dogpatch.' We love the city's multi-hyphenate personality and the impossibly interesting people who call it home.

On that note, we've been dreaming of popping up in San Francisco since opening our first store in Palm Beach last year: It's not only home to countless customers, but a hub for culture, innovation, and gaux-getting women in industries from tech to design. When we found a home for the season on Fillmore Street, we knew it was meant to be: from the boulangerie around the corner to the flower boxes outside the front window, it seemed tailor-made for a Margaux store.

You'll find our store near the corner of Fillmore and California, right at the center of one of San Francisco's shopping stretches (we suggest stopping at FRAME for denim staples and at cult-favorite Smitten ice cream while you're around). On display? Our latest additions and signature silhouettes, with a range of sizes to try on while you're there. Don't worry about having to lug around a heavy shopping bag for the rest of the day - We'll send your pairs straight to you with free shipping, as always.

While we originally planned to stay through January 2018, we're thrilled to share some good news - We'll be keeping our doors open a few months longer, through April 2018! We've been overwhelmed by the response to our pop-up from the Bay Area, and can't give up our West Coast views quite yet. Enjoy our city guide which features a few of our favorite destinations for a day on the go in San Francisco.

Every good day starts with breakfast at As Quoted, the gram-worthy Presidio Heights bakery and cafe. Perch at the white marble lunch counter with one of their famous turmeric lattes and a homemade (gluten-free, naturally) banana muffin. From As Quoted, you'll want to head to the Presidio, San Francisco's famous 1,500-acre bay-front park that boasts bay views, trails, and San Francisco's architectural gem, the Palace of Fine Arts.

The Gaux-Girl approved Proper Hotel (thank you, Nell, for the recommendation!) opened this year in a landmark Beaux-Arts building and boasts everything from quirky-colorful interiors by Kelly Wearstler to Aesop toiletries in the tiled bathrooms. Even if you're staying elsewhere, you can enjoy city views over craft cocktails at Charmaine's, the eighth-floor rooftop bar. Our favorite touch? The lobby's mid-century pink sofas where you can perch with a drink and take the buzzy, eclectic scene in.

Nearby homewares store March stocks the chicest homewares you'll find just about anywhere with an urban, minimalist bend: Think Carter & Co.'s stoneware, fired by hand in nearby Napa, and covetable pantry items like house-made spice blends. Don't leave without a box of their sea salt caramels as a snack for your plane ride home - Or a bud vase for your Fog City host(ess).

Illustrations by John McLaughlin for Margaux